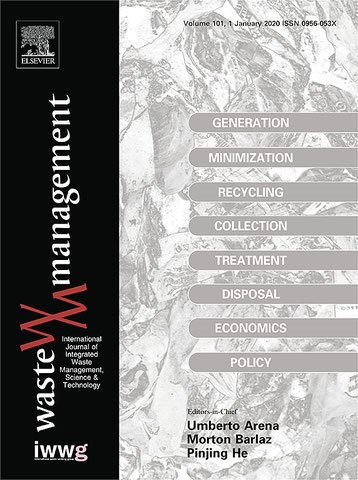 This article reviews the current status of waste management in Small Island Developing States (SIDS) and the challenges that are faced in solid waste management. The waste generation rates of SIDS were compared within the three geographic regions namely Caribbean SIDS, Pacific SIDS and Atlantic, Indian Ocean, Mediterranean and South China (AIMS) SIDS and with countries of the Organisation for Economic Co-Operation and Development (OECD). Only Pacific SIDS had a waste generation rate less than 1kg/capita/day. The waste generation rates for the three SIDS regions averaged 1.29kg/capita/day while that for OECD countries was at a mean value of 1.35kg/capita/day. The waste compositions in the different SIDS regions were almost similar owing to comparable consumption patterns while these differed to a large extent with wastes generated in OECD countries. In SIDS, the major fraction of MSW comprised of organics (44%) followed by recyclables namely paper, plastics, glass and metals (total: 43%). In contrast, MSW in OECD countries consisted mainly of recyclables (43%) followed by organics (37%). This article also reviewed the other functional elements of the waste management systems in SIDS. Several shortcomings were noted in the process of waste collection, transfer and transport namely the fact of having outdated collection vehicles and narrow roads which are inaccessible. Among the waste management practices in SIDS, waste disposal via landfilling, illegal dumping and backyard burning were favoured most of the time at the expense of sustainable waste treatment technologies such as composting, anaerobic digestion and recycling.